Casa Noble, the family of triple-distilled tequilas - Crystal, Reposado, Anejo - introduces a new logo and hand-crafted bottle design for the brand at the Wine and Spirits Wholesalers of America (WSWA) 2008 convention being held April 6 - 9 in Las Vegas, NV. To coincide with the brand update, the company has also added a Single Barrel Reposado and a Single Barrel Anejo to their line.

Los Angeles, CA (PRWEB) April 1, 2008 -- Casa Noble, the family of triple-distilled tequilas - Crystal, Reposado, Anejo - introduces a new logo and hand-crafted bottle design for the brand at the Wine and Spirits Wholesalers of America (WSWA) 2008 convention being held April 6 - 9 in Las Vegas, NV. To coincide with the brand update, the company has also added a Single Barrel Reposado and a Single Barrel Anejo to their line. 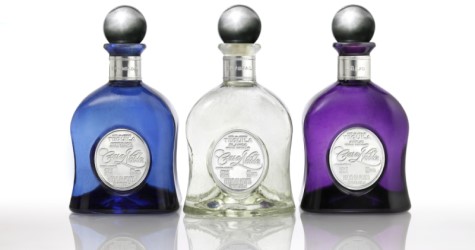 "It is with great pride and pleasure that we unveil a new edition of hand-crafted bottles and with them a new logo for our expanded line of triple-distilled tequilas," said Casa Noble's Jose (Pepe) Hermosillo. "This evolution reflects the intent of our brand from its inception, and together, transmits the search for a 'superior tequila experience' into reality."

The company's new bottle design emphasizes softer curves and refined edges creating a sculpture expressed in glass. Crystal clear glass is used for the Crystal, deep blue identifies the magnificent Reposado, and a unique, majestic purple glass decanter honors an extra- aged Anejo. "The brand's new logo reflects the transformation of a boutique brand, one supported by exceptional quality and flavor, into a major contender in a fiercely competitive environment," says brand visionary David Ravandi, the company's president and co-chairman. Ravandi designed the new bottles and guides the creative direction of the brand.

Casa Noble's journey as a brand is best described as an evolution. Since the days of the company's first white Talavera bottles, the beautiful and unique decanters which are now highly sought after by tequila aficionados around the world, Casa Noble's achievements can be seen everywhere: in the company's growth, its brand maturity, and through accomplishments that have led to smarter business practices.

"The new face of Casa Noble is more than just an update of visual elements," said Otto Hoernig III Casa Noble co-chairman. "It is a deep reflection of the evolution we have experienced in response to the growing demands of true tequila aficionados. Our new look is a living testimony that evolution is something that you can feel, see and taste."

Alive with tradition, obsessed with quality and pureness, Casa Noble's respect for the ancient ways of true tequila production is deeply embedded in its products and its stunning new crystal bottles which could not be mistaken for anything but - Casa Noble.

About Casa Noble:
Casa Noble is a family owned boutique distillery, that dates back to the late 1700's, located in the town of Tequila, Jalisco. Casa Noble Ultra Premium Tequila was also recently awarded "Outstanding Tequila of the Decade", it was the first silver tequila to get a double gold medal at the prestigious World Spirit Competition and has been selected as best Tequila in Mexico by The Mexican Tequila Academy. Casa Noble 100% Blue Agave, triple distilled and aged in special French White Oak is traditionally hand made with love and passion.